Truth be told… in the beginning Cliff E wasn’t into Elvis Presley so much. Born in 1957, his first real exposure to Rock n’ Roll was watching the Beatles on TV at his Grandma’s house on a Sunday evening. Throughout the 60’s he enjoyed lip-syncing to the Beatles and other popular groups of the day with his cousin. As the years went by Cliff E’s family hit on some difficult times, causing them to relocate just as he was about to start high school in 1971. It was during this trying time that Cliff E saw the Elvis’ Live at Madison at Square Garden album for the first time at a local record store.

He was struck by the magnificent pose of Elvis in the “Checkboard Suit,” bought the album, listened to it a million times (still does) and things were never the same!

Cliff E studied every song and when he had the opportunity to buy more recordings and videos of Elvis’ performances, he studied those too. On many a late night, his family would hear him knocking around his bedroom in front of the mirror working hard at every move Elvis made effortlessly. Eventually making his own costumes and lip syncing, Cliff E began performing at small parties and enjoying the response of the audience.

As happens with many of us, as he grew older Cliff E had to focus on other responsibilities. The costumes and performances faded into memory along with the photographs of his performances.

In March of 2008, Cliff E’s Mom passed away. Cliff E’s Mom loved music and especially enjoyed listening to Suspicious Minds. In December of that year, Cliff E had the opportunity to attend the 15th Night of 100 Elvises benefit for Johns Hopkins Children’s Center and to meet two outstanding Elvis Tribute Artists. That evening both of these generous talents offered their support and encouragement should Cliff E decide to return to performing. On Mother’s Day weekend 2009 – Cliff E was searching, trying somehow to fill at least some of the void left by his Mom’s passing. In the wee hours of that morning, he finally decided to return to performing as a professional Elvis Tribute Artist. Cliff E uses his own voice and only the best tracks and costumes available to create his exciting For the Love of Elvis show.

On December 5, 2009, Cliff E debuted in the Elvis Lounge at the 16th Night of 100 Elvises and has continued to perform regularly – working hard to ensure that his performances capture the sound, moves and look of Elvis and are a fitting tribute to the King of Rock n’ Roll at his peak. It is exhilarating to have the opportunity to bring Cliff E’s For the Love of Elvis show to those that haven’t forgotten Elvis as well as to younger audiences that are just beginning to love the man and his music.

Cliff E, in the words of Elvis himself, believes he has to “please the crowd, I’ve got to excite them, make them happy and give myself to doing that show.”

Thank you, thank you very much. 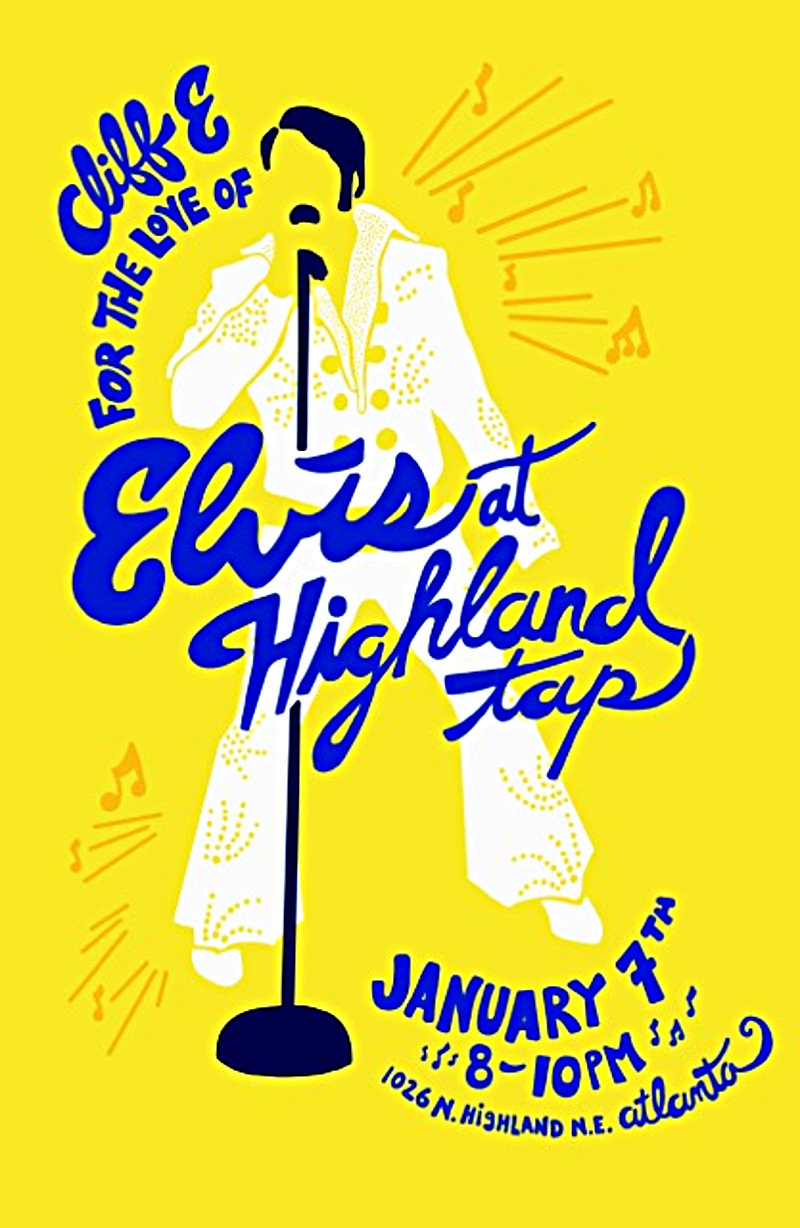 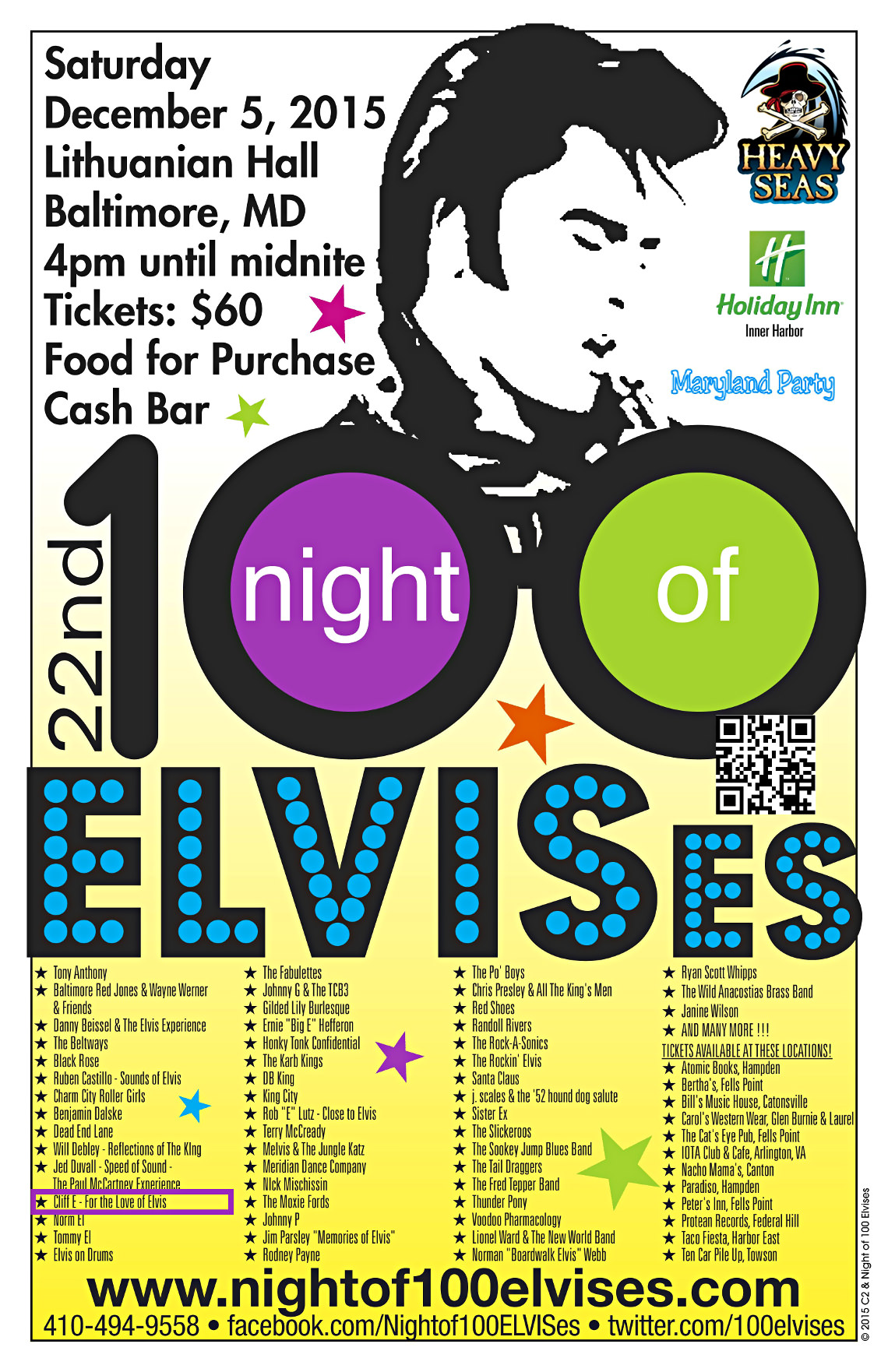 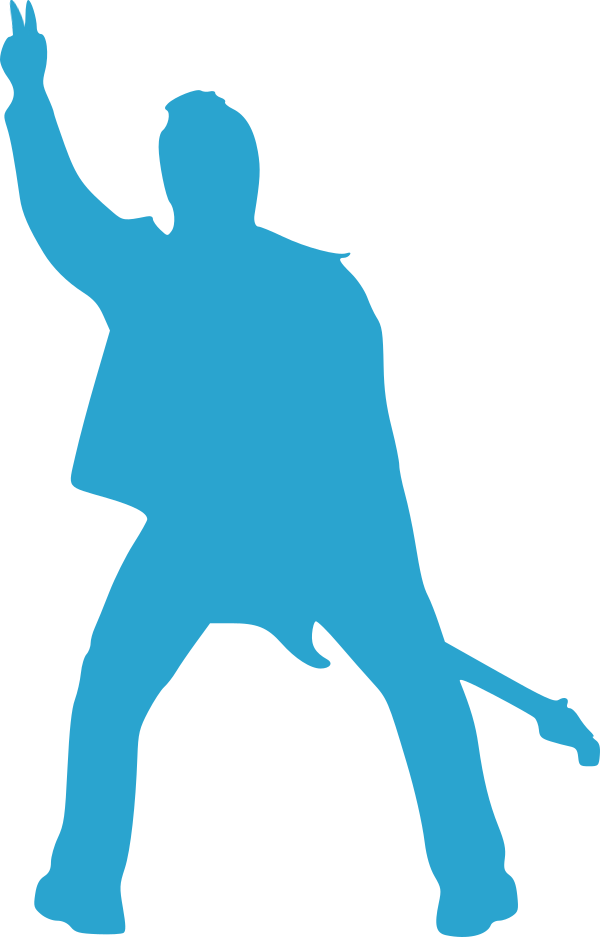